Here we are again, less than one month after Apple's September 15 event. Next Tuesday, October 13, Apple representatives will take to the streaming stage to announce new products in an event the company has monikered 'Hi, Speed.' But what can we expect from the event?

The figures you’ll see being bandied about suggest download speeds between 1Gbps and 10Gbps, though it can theoretically go higher. Latency, or the time it takes to send data, could go as low as 1. An Apple Silicon Mac at the MacBook, MacBook Air, or Mac mini level would likely outperform low-end Macs with Intel CPUs (based on iPad Pro benchmarks). That means Apple's 'Hi, Speed' tagline.

Normally, Apple launches iPhones at a September event, but it didn't this year, possibly because of COVID-related delays in its testing of the new devices. Rather, the September event was primarily about the Apple Watch (there was also a new, redesigned iPad Air, along with some services announcements and a slightly modified non-Air, non-Pro, non-mini iPad).

All that is to say that iPhones are very likely to be the stars of Apple's October show. Let's get into what to expect from them—and what else we might see at the event.

If leakers, investigation into iOS 14 builds, and reports from generally reputable publications like Bloomberg are to be believed, we're in for the most significant iPhone overhaul in years—certainly since 2017's iPhone X.

While it's usually folly to try to get too predictive about what Apple means with its cryptic event names, 'Hi, Speed' is likely to refer to one or both of the following two things: the A14 chip and 5G connectivity. Both are expected in Apple's new iPhones.

The A14 was already introduced to the public when Apple announced the new iPad Air last month. The A14 includes a six-core CPU with two high-performance cores and four efficiency cores, as well as a custom GPU and a 16-core neural engine for machine-learning tasks.

While it doesn't look like the A14 is dramatically faster than the A13 found in last year's flagship iPhones, it will continue Apple's lead in performance over most competing devices. As for 5G, Apple's competitors have already started jumping on that bandwagon of late, and Apple is expected to go all-in, offering 5G in all of its new iPhones this season.

5G is unlikely to make a big difference for most users right now, given the nascency of 5G networks in most places. But depending on its implementation in the iPhones, it might be good for the long term.

Reports have said that the new iPhones will come in four different models across three sizes. 2019's iPhone 11 will see two successors: one with a 5.4-inch screen, and the other at 6.1 inches. Meanwhile, the iPhone 12 Pro will be available in 6.1-inch and 6.7-inch variants.

All four models will adopt a design and aesthetic similar to the iPhone 4, iPhone 5, and recent iPad Pro and newly announced iPad Air in that they will have flat edges. The two lower-end models will be made of glass and aluminum, while the higher-end ones will be glass and stainless steel. 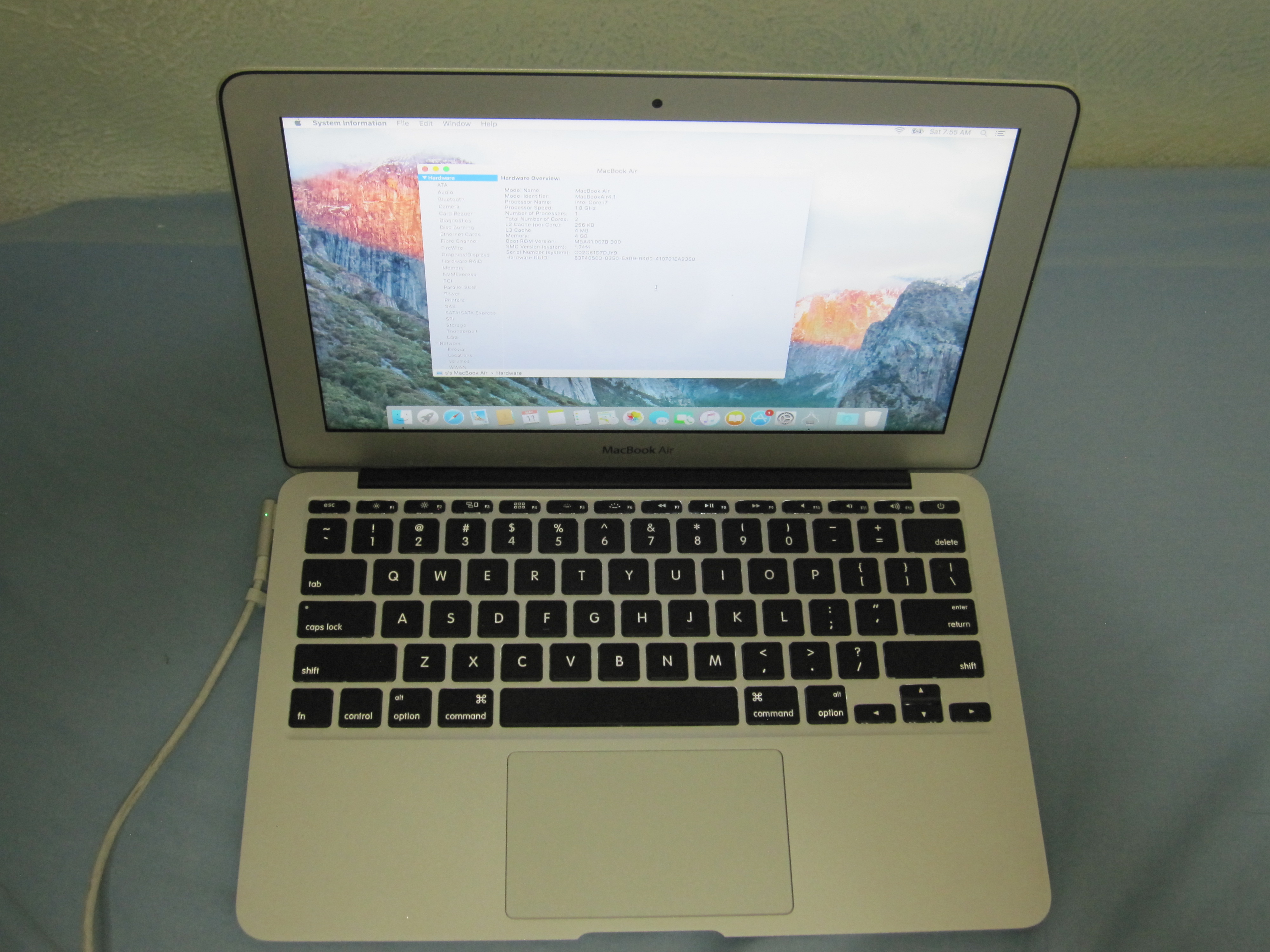 Below: The iPhone 11 Pro Max. The next high-end iPhone may be even bigger.

We're not sure what to expect in terms of camera features, other than the possibility that at least the higher-end phones will include the lidar sensor that appeared in this year's iPad Pro refresh. The sensor would support new or improved computational photography and augmented reality features and apps.

There's one other potentially bombshell bit of news about the new iPhones: analysts and leakers alike have been saying for months that EarPods, Apple's cheap wired headphones, would not be included in the box with any new iPhone. If true, Apple is likely to wrap this in an environmentally friendly, anti-waste justification, just like it did with omitting the charging brick from the new Apple Watch boxes.

This June, Apple announced that it would begin (very gradually) moving away from Intel's CPUs in new Macs in favor of its own custom-designed, ARM-derived silicon similar to that found in the iPad Pro. It also said that the first of the Macs running on those chips (which are dubbed 'Apple Silicon') will arrive by the end of 2020.

That makes the Apple Silicon Mac the only already confirmed product we might see on October 13. However, there's no guarantee it will be at this event. The company could opt to announce it in November or December instead.

In any case, we don't yet know anything about the new Mac besides the fact that it will have Apple Silicon. Will it be a low-end MacBook or a beastly high-end machine? We'd bet the former—perhaps a return of the MacBook (sans 'Air' or 'Pro') product line. But that's just an educated guess.

Below: Photos from the Apple Silicon announcement at WWDC 2020.

Apple sent developers a machine made specifically for developing and testing Mac apps on Apple Silicon earlier this year—it was essentially a Mac mini with an iPad Pro chip inside it—but there's no evidence the device was a harbinger of which product will get a consumer release first.

An Apple Silicon Mac at the MacBook, MacBook Air, or Mac mini level would likely outperform low-end Macs with Intel CPUs (based on iPad Pro benchmarks). That means Apple's 'Hi, Speed' tagline could also apply to a new Mac.

Also—we're not adding a distinct section for this mystery item since, if it does happen, it's likely to be a minor specs bump and may not even be mentioned at the event—Apple is due to refresh the Intel-based, 16-inch MacBook Pro in the next month or two.

We believe it's unlikely that will be the first product to go Apple Silicon, though, given that the 16-inch MacBook Pro is widely used by content-creation professionals who rely on software that may not have been rebuilt for the new architecture yet.

Based on leaks, reliable reports, and even evidence buried in iOS, AirTags would be Apple's competitor to Tile—little physical tags that you can track with location services like GPS. In one use case, you could attach an AirTag to a valuable to make sure you can find it if lost.

Early leaks suggested AirTags would also offer augmented reality features, allowing the owner to find them with a heads-up-display-like AR view on their iPhones, iPads, or (in the future) AR glasses. They might also work with the U1 ultrawide-band chip that has been somewhat mysteriously included in recent iPhones.

A Bloomberg report a few months ago described new, over-ear headphones that would carry the Apple brand name, as opposed to Beats branding. They would probably come at a price point similar to that of the Beats Studio3 ($350).

Like their Beats brethren, the new Apple headphones (possibly called AirPods Studio) would feature superior active noise cancellation and sound quality compared to what we got in the in-ear AirPods Pro that launched last year. The same report claimed these new headphones will be modular, allowing users to swap out the ear pads, among other things.

We're unsure of the timeline for announcing these headphones, but alongside new iPhones would seem to be ideal.

We know even less about a new HomePod than we know about the new headphones, but reports from several publications and sources have said that Apple plans to introduce a smaller, cheaper HomePod to compete with lower-end speakers from Amazon and Google.

Currently, the HomePod is priced up against the most expensive offerings from those two competitors. Reviewers have generally said the HomePod was a winner in terms of audio quality but not smart speaker features.

Below: The original HomePod.

A cheaper speaker would likely sacrifice that audio quality to bring Siri to more people. But apart from privacy-policy differences, it's not clear why many consumers would choose a low-end HomePod with Siri over a Google Home speaker with Google Assistant or a device with Amazon Alexa given that those assistants are more useful and accurate than Siri at this time.

But, we might learn exactly what Apple's argument is for the new speaker at next week's event. As usual, Ars will host its traditional liveblog, so join us on site at 1p ET/10a PT to follow all the news as it happens.