For a free application, Leadtools OCR (fully known as “OCR Scanner with Leadtools OCR”) does a surprisingly good job of OCR scanning on a Mac. The accuracy of the text scanned can be as good as 90% on clear documents and it doesn’t do badly even on older or low resolution documents. OCR software can work with scanning software to capture the text from a physical document or an image taken from camera. One point of OCR Scanner Software is being able to take a physical document and make the text something that can be searched or edited on a computer. If you purchased a new scanner, then it may have been bundled with OCR software. Otherwise, OCR software ain't cheap and it certainly ain't free. You have two options: Readiris™ 11 Pro and Nuance's OmniPage Pro X for Macintosh.

OCR stands for Optical Character Recognition. You need an OCR Software for Mac to convert scanned images & documents into editable text formats. Whether it is your business agreement or purchase/sale invoices, you can scan them on Mac to get in digital format. Thereafter you need to convert them to PDF, text or other format for editing purposes. An OCR Software for Mac is useful to extract text from Image & PDF and convert them to searchable PDF or text documents.

There are many OCR Software available for Mac OS, some software are free and some are paid. It is really tough to know which OCR software for Mac you should choose. Because the accuracy of OCR software is more important than other features and design. We have conducted a research to find out some best and free OCR software for Mac, such software list is mentioned below:

Let us discuss each of the above OCR Software for Mac in detail and explain their features to know which software is suitable for you.

PDF OCR X Community Edition is a free OCR Software for Mac System. This app is developed by the Web Line Solutions Corporation to help the Mac users. You can convert scanned document and image files to text documents and searchable PDF formats.

PDF OCR X App uses advanced OCR (Optical Character Recognition) technology to extract the text from PDF even if that text is contained in an image. It supports more than 60 languages including English, Spanish, Chinese, French, German, Japanese and many others.

OneNote is a digital notebook application developed by Microsoft Corporation. It is useful to create your own notes for personal and business purposes. In addition, Microsoft OneNote also works for converting images files to searchable documents or text files. You can easily insert the PDF, Picture or File Attachment to OneNote and copy text from picture to get your file in an editable format.

OneNote allows the user to create, edit, save and share notes through various platforms and devices. It supports picture, PDF document and attachment files for OCR procedure. You can use OneDrive or SharePoint to access your notes from iPhone, iPad and other devices.

You can instantly extract text from an image by using “Copy text from picture” option in OneNote. The converted files will be in editable formats and searchable PDF for your convenience to edit and prepare it as per your requirement.

Google Drive is a web storage service provided by Google. But very few people know that Google Drive also contains OCR feature. With the help of Google Drive OCR Feature, You can convert any image or PDF file into an editable document. This service is available for free to all the users who have signed into their Google Account and have a working internet connection.

Upload multiple document, image files to Google Drive and open them with Google Docs to convert them to editable text files. It is the easiest way to OCR documents on Mac without using any OCR software.

Google Drive automatically detects document language and it supports JPEG, PNG, GIF and PDF formats. After conversion, it will retain the bold, italics, font size, font type and line breaks of the text.

LEADTOOLS OCR App is best free OCR Software for Mac Users. It is a free application to perform optical character recognition on images. The OCR App by LEADTOOLS is developed by LEAD Technologies, Inc. for Mac OS X 10.10 or later. It can extract text from images and convert images to various document formats. It keeps superior accuracy and speed while extracting & copying text from and image for editing & sharing.

The OCR App by LEADTOOLS can convert and export images to various document formats such as PDF, DOCX, Text, SVG and many more. It can read Images in different languages in English, German, French, Spanish and Italian.

LEADTOOLS OCR App offers various options to optimize text recognition, including Invert, Rotate, Image Binarization and Perspective Deskew. It provides fine tuned control over the OCR Engine Settings so that you can customize how your images are recognized.

Evernote is a multi-platform application developed by the Evernote Corporation. The Evernote App helps you to capture your ideas and projects. You can OCR images to convert them into searchable text formats. It is capable to extract text from typewritten and handwritten notes, photos of white boards, Post-It notes and to-do lists.

Evernote can identify 28 typewritten and 11 handwritten languages. You can choose which language to use from Recognition Language Setting. It can find words in handwritten notes, photos of white boards, Post-It notes and to-do lists that you scan into Evernote.

Evernote provides Automatic Sync option that allows you to leave your work from Mac and continue the same on your iPhone or iPad. It can convert the PDF document and Image files to a text file or other document for editing purpose.

Tesseract OCR is a free OCR Engine developed by Google for Mac OS, Windows and Linux. It was originally created by Ray Smith and Hewlett Packard. It is not an OCR App and therefore you cannot use it as you operate other OCR software on Mac. You have to open Command line interface on your Mac to use Tesseract OCR to convert an image file into text format.

In 2006, Tesseract OCR was declared as the most accurate OCR software available in market. It comes with more than 100 languages support including English, Afrikaans, Indonesian, Korean, Japanese, Chinese and many more.

Tesseract is operated from command line interface and therefore it is very easy to use OCR engine for developers. If you are a developer, you can train Tesseract to recognize other languages.

OCR.Space is a free online OCR tool powered by the OCR API. It can convert the images and PDF files into texts. You don’t need to download any app to use OCR.Space on your Mac computer. Just connect the Mac to internet and open Ocr.Space site in a web browser. You can also use the simple drag & drop feature to quickly extract text from image and see its overlay.

The OCR.Space automatically detects the orientation of image and rotate the image if required before OCR conversion is processed. When DPI is low, you should turn on Auto Enlarge Content option. Turn on Receipt Scanning to recognize table from Image.

Online OCR is a free online OCR service with various languages support. You can easily extract text from PDF and Images with help of this Online OCR Software. In order to convert PDF or Image to Text Document, you will have to upload your file to OnlineOCR.Net. After uploading the file, you need to choose language, output format and finally give convert order to proceed.

Online OCR supports recognition of 46 languages such as English, Brazilian, Chinese, Greek, Latin, Korean, Spanish, Turkish and many more. You can upload any Image with maximum file size of 15 MB which is much higher than 2 MB or 5 MB limits by other OCR software.

The Online OCR is able to convert Image to Text for various input formats like PDF, TIF/TIFF, JPEG/JPG, BMP, PCX, PNG and GIF. You can convert your Image file into Word Document (docx), Excel Document (xlsx) and Plain Text (txt).

Convertio OCR is an online optical character recognition tool for Mac and other computer users. It is able to convert scanned documents and images to text and editable document formats. You can upload image or document from your Mac, Dropbox, Google Drive or paste the file link in URL option. Thereafter you need to select document language(s) and output format & settings to recognize it in Convertio OCR. 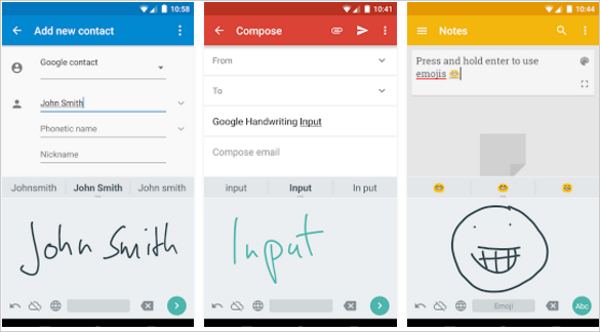 You should install Convertio extension to your Mac Chrome Browser for using Convertio OCR Tool without visiting its website. Convert your Image File to 11 different formats including Word Document, Excel Workbook, PowerPoint Presentation, Searchable PDF, Text Document and others.

OCRmyPDF is a free online tool for optical character recognition. It recognizes PDF document in more than 100 languages. You need to install OCRmyPDF tool on your Mac to use it for converting regular PDF files to searchable PDF files. It optimizes the input PDF files and produces files smaller in size than earlier. It keeps the exact resolution of original embedded images.

OCRmyPDF places OCR text accurately below the image to make the copy and paste easier for the Mac user. It can deskew the crooked PDF files to clean them before converting to searchable PDF/A files.

The OCRmyPDF keeps the exact resolution of embedded images to maintain their original quality and appearance after conversion. It recognizes more than 100 languages and also scales properly to handle files with thousands of pages.

All the information mentioned above about Free OCR Software for Mac is true and fair. All OCR Tools and Software are working great on Mac computer. You should choose the OCR Software which is suitable to use and meets all your needs.

OCR (or optical character recognition) software basically allows you to take the text or images from file formats like PDF and extract them. Some examples of this software also allow you to convert PDF files to and from other formats, including allowing for conversion into searchable PDF, which allows you to search through your files for specific words or phrases.

OCR Softwarecan, first and foremost, allow you to scan and extract specific sections of PDF files. If you wanted to take some specific text from a PDF file, now you can just extract that specific text without having to retype it yourself. With OCR software, it is easier to work with PDF, as PDF is generally not editable. This software should make it more convenient to use PDFs as it becomes easier to use PDFs in more ways.

Who Could Use These Software?

OCR software can work with scanning software to capture the text from a physical document or an image taken from camera. One point of OCR Scanner Softwareis being able to take a physical document and make the text something that can be searched or edited on a computer. This is especially useful for PDFs that were created from scanned documents, as they normally cannot be edited or searched for specific words.

The features of OCR software make it useful for a number of people, including people who would need to deal with physical documents. These software would make it possible to translate those physical documents into something more readable on a computer. Some of the people who might find OCR scanning software useful would include the following:

Some PDFs, such as scanned PDFs, are normally not capable of being scanned. However, with OCR software, it becomes possible to identify words so that the document can be scanned or edited. The Character Recognition Software that comes with OCR software can recognize specific words in the text. Some examples of the software come with support for other languages, which should allow them to recognize words in multiple languages, which would be useful for texts that are written in more than one language. OCR software can, then, not only extract text but also help with using the text in the files themselves.