The official PLAYERUNKNOWN'S BATTLEGROUNDS designed exclusively for mobile. Play free anywhere, anytime. PUBG MOBILE delivers the most intense free-to-play multiplayer action on mobile. Drop in, gear up, and compete. Survive epic 100-player classic battles, payload mode and fast-paced 4v4 team deathmatch and zombie modes. Survival is key and the last one standing wins. PUBG Mobile was the second most-downloaded mobile game of 2018, with nearly 300 million downloads worldwide. The game's largest market was China, which accounted for 29% of the game's downloads, followed by India and the United States each with about 10% (30 million) of its downloads.

While PUBG Mobile is a mobile game for Android, the game can be played on a PC. The game is actually more comfortable to play on a PC with a mouse and keyboard since PUBG is originally a PC game. Tencent even has a server for people who play PUBG Mobile on emulators to play together because it would be unfair to match them with players on mobile.

What is an emulator?

Since mobile games use APK and not EXE file, you cannot run them on your PC even though your PC has better specs than your phone. Emulators are applications that create a virtual Android device on your PC so you can APk file on your computer.

It is no doubt that GameLoop is the best emulator for PUBG Mobile 2020 because it was developed by Tencent, the very same company that developed PUBG Mobile. The emulator is light, easy to download, and easy to use. You will be able to run PUBG Mobile on GameLoop smoothly on the go, without any complicated setup whatsoever.

Unlike other Android emulators for PC, in GameLoop you can just download PUBG Mobile and play without setting up your Google account. All the control has been set up properly beforehand.

GameLoop is totally free and you can download it from the official To download GameLoop, go to this link.

Nox Player was released later than other many other emulators but it has slowly gained the trust of users slowly through the year and it's is now the best Android emulator on PC. Nox Player is the second best emulator for PUBG Mobile in PC just behind GameLoop.

Nox Player has great performance compared to other emulators and is easy to use. The emulator also features all kinds of options and settings to fit the performance of your computer as well as changing the phone type and brand to fit different apps.

The performance of PUBG Mobile is great but you have to do your own key mapping and settings. Also, Nox Player works better for high-end PC than low-end PC.

Nox Player is free but it will install apps randomly on your PC. You can download it here in this link.

However, Bluestacks lacks the ability to adjust settings to match the performance of your PC. It means that if you have a low-end PC, there is a high chance that you won't be able to run Bluestacks or it will be very laggy.

Blustacks is free but, the same as Nox Player, it will install random apps on your PC. You can download Bluestacks from this link. 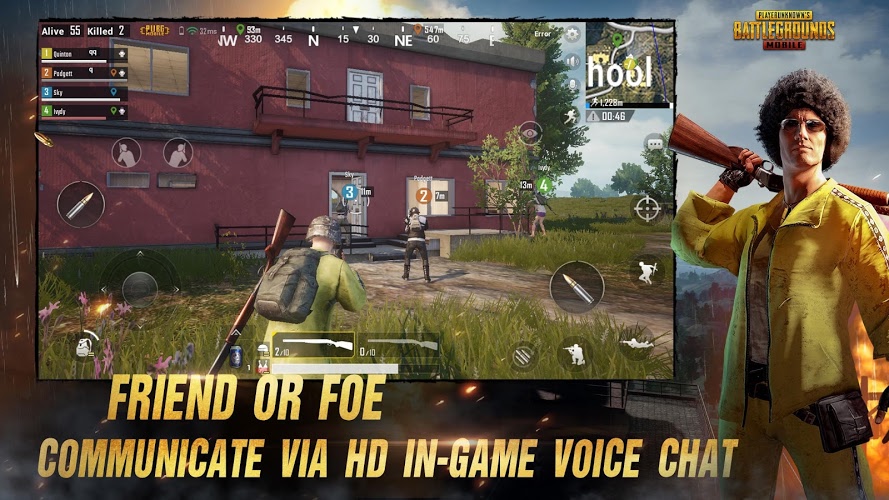 Andy is among the less well-known Android emulators for PC but it has some really interesting features that you might want to take look at.

One of the unique features of this emulator is the data syncing. Normally, it would take you a while to set things up and download all the games, which will take quite some time if your internet connection is not fast. Andy solves this problem by allowing you to transfer games from your Android phone to your PC directly and play.

The second feature is the Mobile phone Joystick feature. This feature will let you turn your smartphone into a joystick to play on your PC.

Andy is totally free and you can directly download it from this link.

Memu Play is your best friend if you have a low-end PC or laptop. This emulator requires very little from your PC. You can easily run it with only 4GB of RAM and no graphics card.

You can play PUBG Mobile smoothly with this emulator. It has been developed for quite a long time so you can trust its stability.

Memu Play is totally free. You can download it here.

Also check out: PUBG UC Purchase Free - How To Get Free UC In PUBG Mobile.